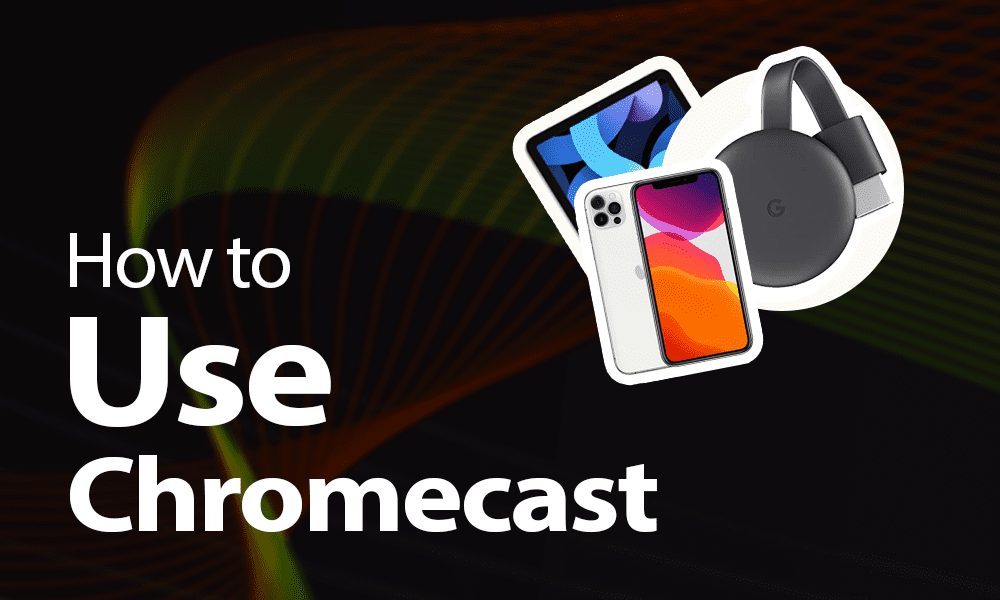 Smart home devices such as Chromecast are an excellent way to watch movies and listen to music. Integrating your Chromecast with your iPhone allows you to access all of the features and cast from your phone with a single tap of your finger.

Control the Chromecast with your iPhone by using the Google Home App. In the app, select Google Chromecast and use the control center to use music services, streaming apps, or cast to different rooms.

You might be wondering how to use Chromecast with iPhone. Below, we will go over the entire setup process, as well as troubleshooting tips and the features available with Chromecast via your smartphone.

HOW TO USE CHROMECAST WITH IPHONE?

Google’s Chromecast is a fantastic option for streaming content to your TV without the need for an expensive set-top box! You can even use your iPhone to control the playback. We’ll walk you through the installation process.

Chromecast is a media receiver that streams media to your television. It lacks onboard apps like Apple TV and Roku. Instead, simply tap the Cast button in any compatible app on your iPhone, and Google will stream that content to your Chromecast device.

You connect the Chromecast device to Google Assistant as part of the installation process. This way, you can access and stream content using verbal commands. You could, for example, say, “Hey, Google. Play the most recent episode of Stranger Things on the living room television.”

CAN YOU USE CHROMECAST TO CAST FROM IPHONE TO TV?

With just a few steps, you can completely control the Chromecast from your iPhone. Follow these setup tips to get started:

From the control panel, you should be able to link all of the streaming services you want to use. It should also allow you to cast to different rooms in your home and play music from various music streaming services.

At the end of the process, you’ll see a summary that includes the location of the Chromecast, the associated Wi-Fi network, and your linked services. If everything looks correct, tap “Next.” Google Home provides sample tutorial clips, which you can skip if you prefer.

Finally, take note of the name that Google Home has assigned to your Chromecast device. Because it was installed under the “Living Room” group, the app labeled it “Living Room TV” in our example.

HOW CAN I CAST USING CHROMECAST AND MY IPHONE?

There are several ways to cast any streaming service using Chromecast and your iPhone. Follow these steps to use the streaming app:

Alternative Video: How To Use Chromecast With iPhone?

Here is a video on how to use Chromecast mirroring on Iphone.

Your show or music should now be streaming on the device to which you cast it. To learn how to connect your streaming apps to Chromecast, watch this video. You can use the Chromecast Streamer app if you have a Chromecast TV:

This allows you to cast anything on your phone to your TV, including streaming services.

Although the Chromecast Streamer App is extremely simple to use and allows you to mirror your phone’s screen, it is not free like other app options. It costs $4.99 per month or $17.99 per year.

WHY WON’T MY IPHONE CONNECT TO CHROMECAST?

Every so often, technology fails, and you may run into problems. Most of the issues that cause your iPhone and Chromecast to not connect are easily fixable with just a few steps. The reasons below are the most common problems:

See also  What Are The Universal Remote Codes For A Samsung TV? (Detailed And Easy Guide)

You can also check this guide for more tips on how to update your Chromecast. If all these tips fail, you may want to contact Google support and see if they can fix the issue.

SETTING UP CHROMECAST ON IPHONE

To begin, plug in Chromecast and download the Google Home app to your Apple device. Make sure your Bluetooth is turned on, or connect your Wi-Fi to your Chromecast device, which will appear as ChromecastXXXX.b. or something along those lines in your list of available connections.

That should complete your set-up, but if you encounter any issues then you should try rebooting your Chromecast, unplugging your router and plugging it back in, or even factory resetting your Chromecast if the first two approaches are not successful.

Screen Mirror for Chromecast is another app you can use. It was created by iStreamer and can be found on the App Store in the Utility category. This app works with iPhones, iPads, and even iPod Touches.

It will, however, only work on iOS 11 or later. While it lacks multi-language support, the interface is simple, so there’s no reason not to use it. The app is free to use as well, but only for two months.

It also offers subscriptions, so keep that in mind if you find its functionality to be limited or even clunky at times. Once you download and install the app, start your free trial, and follow the on-screen instructions.

These are as basic as they can be since they only involve selecting the device you want to duplicate your screen on. Just note that the app won’t also handle the audio transfer. The same goes for the previous recommendation, the Replica app.

IS IT WORTH USING A MIRRORING APP?

Well, if you’re an iPhone user and you want to use your Chromecast TV as your phone display, there’s no other way around it.

Because Apple is clearly not progressing in this direction, offering screen mirroring, you’ll have to use limited functionality free apps or pay for the full-service experience. The good news is that there are at least three apps available that are easy to use and cast high-quality videos.

One day, Apple’s version of Google Chrome will hopefully allow you to cast your content. Because it does not at the time of writing, we will have to wait for updates to provide a more seamless viewing experience for those who rely on their Apple mobile devices and Chromecast for entertainment.

CONCLUSION: How To Use Chromecast With iPhone?

The Google Home app makes it simple to use your Chromecast and iPhone together. It enables you to cast to multiple televisions, use streaming services, and listen to music.

If you have any problems connecting the two devices, try any of the troubleshooting tips listed above to get back on track. Do you own an Android smartphone? Learn more about using Chromecast with Android devices in this article.

FAQs On How To Use Chromecast With iPhone?

Why can I Chromecast my iPhone to TV?

Does the iPhone support Chromecast?

Users of Apple, rejoice. Google released its long-awaited Chromecast app in the Apple App Store this week for devices running iOS 6 or higher. The Chromecast app allows iPhone and iPad users to set up and manage the popular $35 TV dongle directly from their device.

Why won’t my iPhone connect to Chromecast?

Ascertain that the Chromecast device is linked to the same Wi-Fi network as your phone, speaker, or display. Wi-Fi. The Wi-Fi network listed next to the blue checkmark is the one to which your phone is connected. Tap a network from the list to change the Wi-Fi network.

Why can’t I cast from my iPhone to my TV?

Check that all of your AirPlay-compatible devices are turned on and close to each other. Check that the devices have the most recent software and are connected to the same Wi-Fi network. Restart the devices that will be used for AirPlay or screen mirroring.

Wondering how to trace coaxial cable? It’s so simple and easy to do it with the right equipment. All you need are some simple tools and pieces of your damaged line, which can easily be gotten through an examination microscope or hooked up directly if available! Be sure not only do these allow reading down… 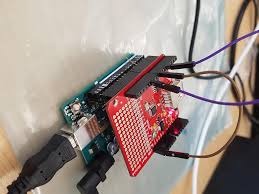 USB Host Shield is an inexpensive ( $25 for the full-sized board and $20 for the Mini variant ), add-on board, for the Arduino development platform. The shield provides a USB Host interface, allowing full and low-speed communication with USB devices – keyboards, mice, joysticks, MIDI, digital cameras, Bluetooth, and many others. In the USB… 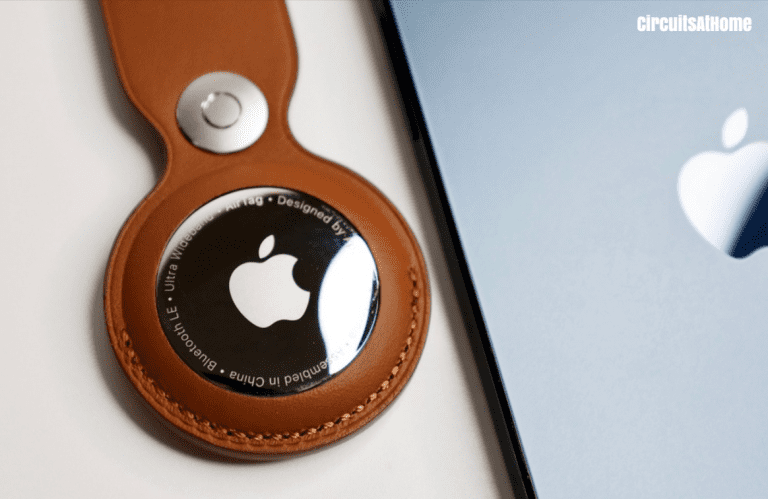 If you just bought AirTags or are considering purchasing some, you might be wondering how to charge them. Or do you have to charge an Apple Airtag? Fortunately, it’s a quick and painless procedure. We’ve got everything you need to know about replacing these batteries, as well as a few replacement options. AirTags are one… 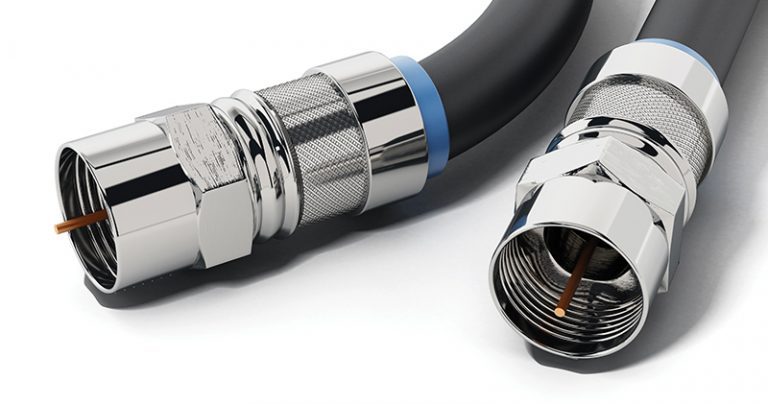 How to check coax cable for signal? Check this article if you are experiencing distortion and poor picture quality in your TVs or CCTVs. Imagine watching the most awaited football league, and your TV screen goes black, or you have to submit your online paper, but the internet is not working. Worst-case scenario, you have…

A universal remote control can be an excellent way to control your home entertainment system. These handy gadgets can easily control your Samsung television as well as all of your external devices, allowing you to have a single remote that does it all! And you’re probably wondering what are the Universal remote codes for a…