Apple Air Tags are quickly becoming a popular way for Apple product owners to keep track of items they frequently misplace or lose, such as their keys, wallet, and purse. People are also using them to track their children if they do not want to buy a phone for their children.

However, how long do the Apple AirTag batteries life last with all of this tracking?

Apple Air Tag batteries have a one-year lifespan and cannot be recharged; in fact, there is no way to charge the battery. Several factors can either increase or decrease the year-long battery life.

If your Apple Air Tag dies, there are a few things you can do to ensure that you still have a functional Apple Air Tag. Knowing how long an Apple Air Tag battery lasts is critical in your daily life if you rely on one to help you find your belongings.

It would be terrible to rely on your Air Tag only to find out that its batteries had died while you were looking for something.

It’s even easier to keep track of the Apple Air Tag battery life than it is to use it. To find out how much battery life is left on the Air Tag, open the Find My app on your phone and select the Air Tag you want to check the battery life on.

Once that is selected, a battery icon will appear to display the battery level. You should probably look for a replacement battery when the Apple Air Tag is about 25% charged. Because the battery icon does not provide an exact percentage, you must estimate the battery’s remaining percentage.

DO THE AIR TAG FUNCTIONS AFFECT THE BATTERY LIFE?

Apple Air Tags work with your phone’s Find My app to help you locate the objects to which they are attached.

You can track your Air Tags from multiple locations, and depending on the iPhone you have, you can have absolute precision when looking for an object, such as telling you if you’re getting closer or further away from an object in a room.

Apple Air Tags are designed to be energy efficient, so looking for something on a regular basis won’t deplete the battery life of the Air Tag or your iPhone. Another advantage is that you won’t have to worry about your phone’s data usage because it works via Bluetooth.

See also  How To Get Crunchyroll On Samsung Smart TV? (Easy Guide!)

WHAT ARE THE FACTORS THAT AFFECT AIR TAG BATTERY LIFE?

According to Apple, there are several factors that affect the battery life of Apple AirTags

If you use it frequently, the chances of your battery draining quickly increase. In that case, your battery will not last more than a year.

According to Apple, AirTags should be used in temperatures ranging from 20° to 60° C (4° to 140° F). If you use the AirTags in extremely cold or extremely hot temperatures, your battery will drain quickly, and in some extreme cases, the device may even turn off.

AirTags use CR2032 batteries, and the life cycle of these batteries is determined by the manufacturer. However, Apple advises customers not to use bitterant batteries because they will not work with the AirTags.

Furthermore, AirTags have a one-year life expectancy based on four sound uses and one precision-finding event per day. If you exceed the recommended usage limit, the battery will drain faster.

WHAT WILL AFFECT AN APPLE AIR TAG BATTERY LIFE?

Several factors, according to Apple, can reduce the battery life of an Apple Air Tag. These are some examples:

The one-year battery life expectancy is based on four sound uses and one precision-finding event per day. If you use your Apple Air Tag more frequently than this, the battery will drain faster than if you use it less frequently.

SIGNS AN APPLE AIR TAG HAS A LOW BATTERY

Your iPhone will also send you an alert if the battery in your Air Tag is running low. Although you cannot see the exact percentage, this indicator is far more useful than Apple’s rough estimate of one year, which varies from user to user.

It’s worth noting that if you frequently play sounds on your AirTags, the battery will drain much faster. The AirTags are powered by CR2032 batteries, which are not proprietary. As a result, you won’t have to worry about taking it to the Apple Store and paying a premium to have it replaced.

These are standard 3-Volt lithium coin cell batteries, which you should be able to find at any electronics store. AirTags include a battery, so if you buy a pack of them, each AirTag should last about a year right out of the box.

WHAT DO I DO IF MY APPLE AIRTAG BATTERY DIES?

Even though Apple Air Tags are extremely efficient with their battery usage and have a long battery life, the battery will eventually die.

According to Apple, the AirTag battery will last about a year. When that time comes, changing the battery is a breeze. AirTag is powered by a CR2032 battery, which is commonly found in remote controls and other useful devices.

They are available in most battery stores and cost a couple of dollars each. Update 7/28/21: According to an Apple support document, CR2032 batteries with bitterant coating may not work with AirTag.

Examine the battery packaging before purchasing. (With thanks to The Loop.) It may appear difficult to replace your Apple Air Tag battery when the time comes. However, this is a very quick and simple process that can usually be completed in less than a minute.

First and foremost, you will require the proper battery. A CR2032 lithium 3V battery is required for the Apple Air Tag. These are available online as well as in many hardware stores and pharmacies. Simply follow these steps once you’ve received your replacement battery:

NOTE: If you buy something after clicking a link in one of our articles, we may receive a small commission. For more information, please see our affiliate link policy.

Apple Air Tags are a low-cost way to keep track of many of the belongings that you frequently misplace during the day.

They have a battery life of a year and are designed to use energy efficiently. Furthermore, in keeping with Apple’s user-friendliness theme, their batteries are simple and inexpensive to replace when they die.

These CR2032 batteries are regular 3-volt lithium coin cell batteries that you can find in any electronic store. If you have a habit of playing sounds on your AirTag, your battery will likely drain faster. If the AirTags need to be reset, they will notify you with a small chime.

Can AirTag battery be replaced?

How far can AirTag travel?

Tiles have more form factors than AirTags, and you can summon your phone from the Tile and vice versa. However, their range is limited to about 30 feet, whereas AirTags’ range is functionally infinite as long as someone with an iPhone is nearby.

How accurate is AirTag?

We tested it on multiple floors in the latter, and while it took longer to find an item, Precision Finding still came to the rescue. And as you get closer to the AirTag, the locations become increasingly precise. Outside, you’ll get turn-by-turn directions once you’re within 20 to 30 feet.

Is AirTag superior to tile?

We were able to find lost items much faster with the AirTag than with any of the Tile models in testing. The Tile Pro took about an hour to locate a lost item, whereas the AirTag took only a minute.

Can AirTag ring your phone?

You can use your Tile to locate your phone even when it is in silent mode! First, ensure that your phone’s Tile app is running in the background and that your phone is within range of your Tiles. Then, quickly press the Tile button twice to make your phone ring.

Do Roku TVs Have Bluetooth? You have come to the right place! We’ve got you covered andhelped you get an answer to your question. Bluetooth is a connectivity standard that allows signals to be sent from one device to another. It allows users to connect a Bluetooth headphone for private listening or a Bluetooth speaker…

Do LG TVs Have Bluetooth? Your LG TV is likely to have a plethora of user-friendly features such as Wi-Fi connectivity, streaming, simple hook-ups for external devices, and more! If you’re a fan of these amazing features and want to wirelessly connect your speaker or headphones to this technologically advanced device, you’re probably wondering if… 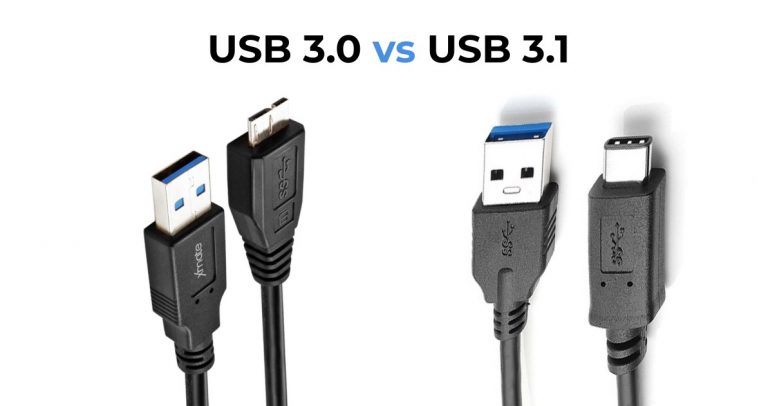 Let’s look at the positives and negatives of USB 3.0 Vs USB 3.1. USB 3.0 and USB 3.1 are the newest versions of USB technology on the market today, with each boasting its own benefits and drawbacks that have led to a debate between consumers about which is better for their needs. For this article,… 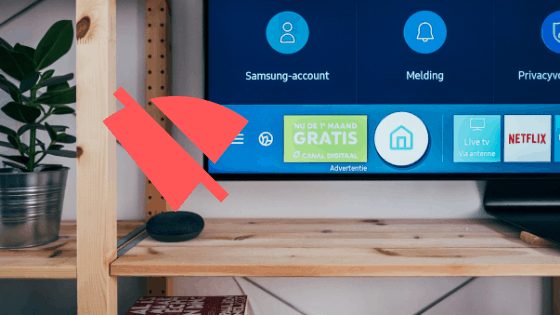 Just when you thought your Samsung Smart TVs couldn’t get any smarter, you find that they can now connect to the internet. You can download apps, watch your favorite shows, search for information online, and so much more if you connect the TV to Wi-Fi or a wired network. If you’re having trouble connecting your… 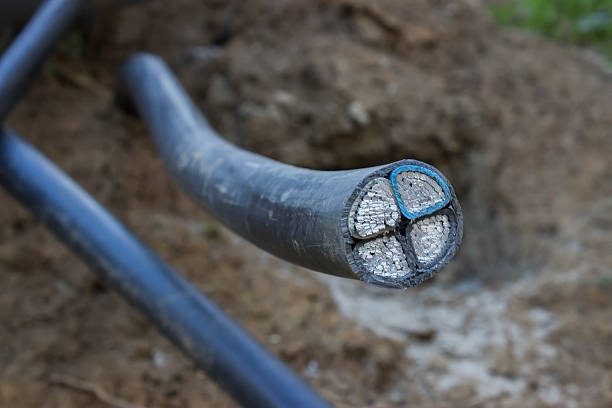 Coaxial cables enable us to get everything from television to Internet access with one cable. Because of the downtime involved, a damaged cable may create major inconvenience and irritation in your life.   Knowing how to repair it reduces the amount of time required. However, when a coaxial cable is buried underground, it appears to be… 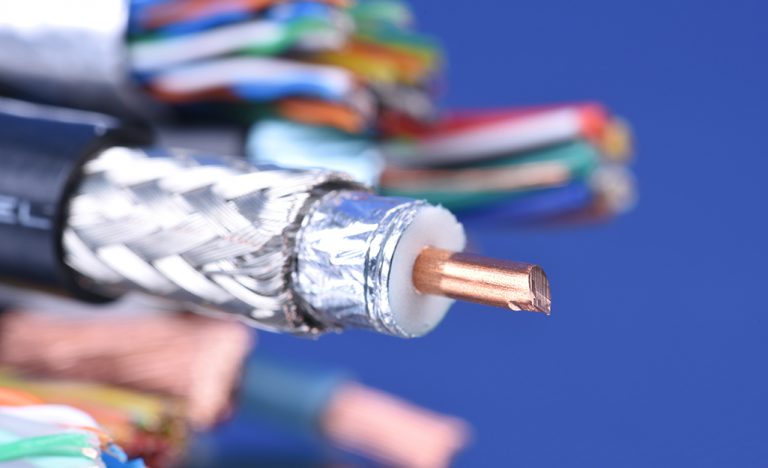